Main   Blog   Dan   Lucy   Kimberly   Nik   Whitney   Videos   Tutorials
Welcome to the Homepage of the Goodell Family
Okay, let's see what we can do with this thing ...
(reload page for new photos)

Whitney, 2011
Ecuador's Machalilla National Park, where one of the study sites is located.
POPULAR LINKS:

"Words At Your Service"
Personalized Poems by Lucy

"Inside the Dell Utility Partition"

"Inside the Dell PC Restore Partition"

Whitney, 2011
Whitney splashing around in the Tiputini, a tributary of the Amazon.
Comments? E-mail us:
dan

Eclipse!!
The Great Solar Eclipse of 2017 crossed the continent, from Oregon to South Carolina, and gave millions of people the chance to witness one of the most awe-inspiring events in the natural world. 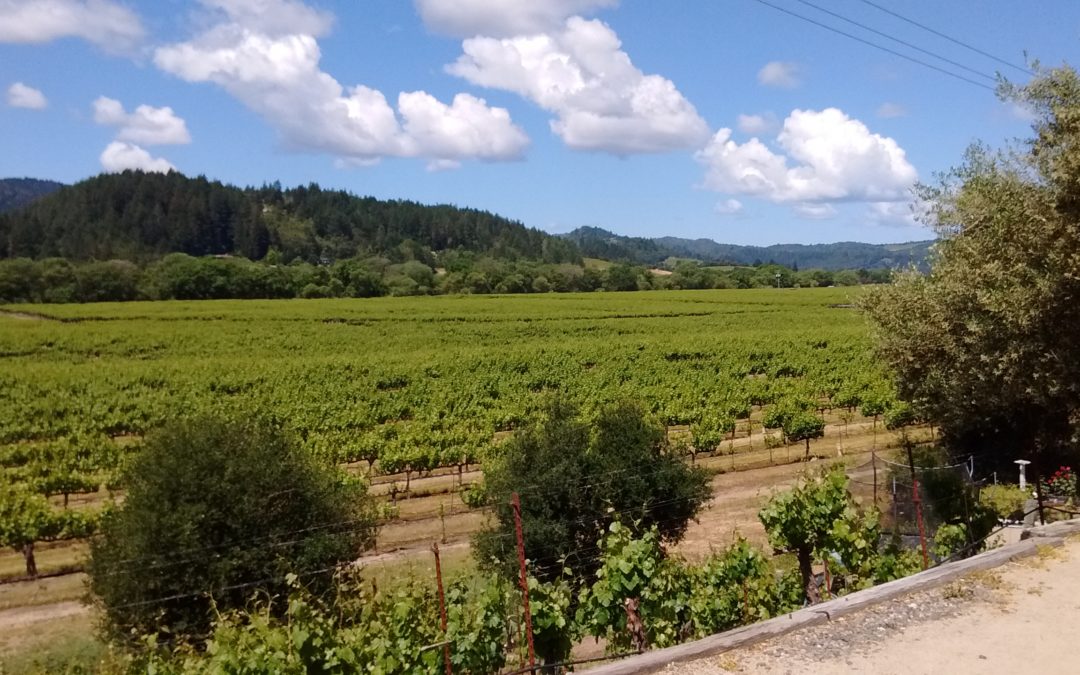 I wanted to ride the wave of enthusiasm coming off Oceanside for as long as possible, but Recovery Week led straight into a head cold, which then led right into the news of our upcoming relocation to Colorado, and training had to take a backseat as Brad & I scrambled to pack up our life in San Jose and replant it in Boulder. I had just barely gotten used to the altitude when I was already back on a plane to California, gearing up for the new edition of Vineman, the inaugural IM 70.3 Santa Rosa.

I was pretty sure I had resolved my bike issues by getting some adjustments to my cleats, but there was only one way to find out for sure.

My expectations for this race were lower since life had been so hectic leading into it, and I embraced the opportunity to race "for fun," approaching this as just another building block in my development as an athlete.

This turned out to be a good attitude to have when on Friday morning, as I was packing the car to head to my athlete homestay, I received the news that my host accommodations had fallen through, and "we have no other options for you, sorry."

I had to laugh thinking back on the Airbnb host who had cancelled on me just two weeks before IM Santa Cruz two years ago. At the time, with all the pieces perfectly in place for my 2015 "A" race, this was a horrifying disaster. Hotels and accommodations for the flood of IM athletes and spectators always get snatched up many months in advance, and trying to find a place just two weeks before an Ironman event is near impossible. Two weeks! I was freaking out about ‘only' two weeks notice?! Ha. ... How about two hours notice?

At first I considered exchanging our rental bean for a larger SUV or van that could accommodate some sleeping bags in the back. But as it turns out, I do have relatives who live relatively close to Santa Rosa, one of whom was awakened early Friday morning with this phone call: "Hi Garik! It's your cousin Kimberly. Would you by chance have a couch I could crash on tonight? I'll be leaving about 3am, I promise I'll try not to wake the baby ... " And would you believe it, he said yes!

But everyone knows that.

The rest of Friday was a logistical maze, negotiating the crowds in downtown Santa Rosa to check in / drop off T2 gear / get thoroughly briefed on the course, then driving 30 miles north to negotiate crowds at Lake Sonoma where the T1 bike drop off was located. (Side note: Tri Bike Transport offered a bike shuttle service to save this last step, and in retrospect it DEFINITELY would've been worth the $40. I used their services to ship the bike back to Boulder after the race, and it was so delightfully convenient to just pass the bike off and continue on my way! I highly recommend taking advantage of this option any time it's available.)

After all that set up, the race seemed like the easy part.

Race morning was even more crowded, with the bulk of the 3,000 participants shuttled in on school buses, a glorious 45 minutes spent stuffed into bench seats made for humans with very short legs. Transition was clogged with long lines everywhere, at gear check, at the bathrooms, even just getting in and out. I found myself snaking through the crowds down the boat ramp and sliding into the water to join the hot pink caps of the pro wave just as the announcer said, "Ninety seconds to go, ladies ... " Without adequate time to get around to worrying about the race itself, I was never even nervous, and before I really knew what had hit me, I was swimming.

Posted by Kimberly 05/22/2017
More stories...
Nik's Final RoadRace Weekend
Went to watch Nik in his final road race with the Cal Poly team. Since he'll graduate in the Fall, he'll be able to race the Fall Mountain Bike season but won't be around for next year's Spring RoadRace season.

This one was a criterium--a fast, multi-lap race around a short, flat course on paved city streets. Although hosted by Stanford University, the course was a five-cornered, half-mile loop in Morgan Hill, adjacent to the headquarters of Specialized Bicycle Components (who just happen to be one of the most popular makers of racing bicycles in the world). 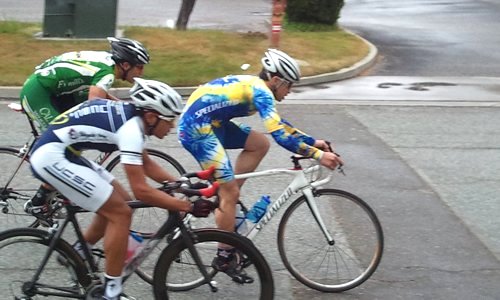 Nik, in Cal Poly green, racing in the Stanford Criterium, the final race of the RoadRace season.
... continue reading

Posted by Dan 04/25/2011
More stories...
Thanks for all the letters and mail!
Thank you everyone for all the letters and cards and mail you've been sending! I truly appreciate each and every one. Every time something shows up in the mailbox with my name on it, I grab it and run off excitedly to my room to give my full attention to my new treasure, like a squirrel running off to my tree with my prized acorn. Now that I think about it, I haven't seen any squirrels around here. Do they exist in Australia?

Anyway, I love hearing from all of you back home, whether it's via snail mail or email. Thanks for keeping in touch! I get more mail now than I ever have before, it's great! I think my roommates are thoroughly envious. They can tell that I have awesome friends and family!

On a side note, I got Neil's pictures from the Blues Fest, so I've added more pictures to that album.
Posted by Whitney 04/01/2008